Get to Know Your Neighbours: 5 Conversation Starters

Do you ever make awkward eye contact with the person next to you at the mailbox? Are you hoping to meet new people and expand your roster of known neighbours? Read below for five conversation starters that will help you get to know your neighbours and potentially make a new friend or two.

1. “I’m craving something new; do you know any good restaurants around here?”

By asking them about where they like to eat, you’re learning something about them. You can either connect on sharing similar taste in food or you can try something new and have something to talk to them about the next time you see them – “Hey! I tried that restaurant you told me about and loved it! Do you have any other favourite spots in town?”

2.“Wow, I had a long day! How was yours? Anything funny happen that might cheer me up?” 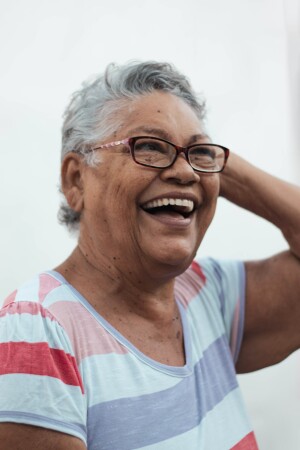 This initiates conversation and could potentially have you both laughing about something that happened that day. This will not only create a positive connection but will remind the person of something cheerful that will make them feel good too. You can continue the conversation by telling them something funny that happened to you recently.

Pay the person a compliment! Talk about their shoes, their hat, or their pet - whatever you genuinely like. This will make their day and they’re likely to smile. It creates an opening for you to personally introduce yourself, “By the way, I’m Sam, I just moved into the building.” 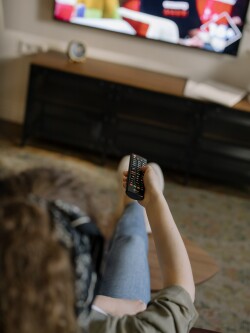 5. “Hey, so I’m looking forward to a night of bingeing Netflix, but I want a new show. What have you been watching lately?”

Most people love television and movies, and this is a great way to get them talking about one of their interests. If you’ve already seen the show, it paves the way for you to talk about it together and quote your favourite scenes. If you haven’t seen it yet, give it a shot – even if it’s something that you wouldn’t normally watch. At least you could say you tried, and you may be pleasantly surprised. Either way, you have something to talk to them about the next time that you see them.

Remember to end the first interaction with something like “Hope to see you around,” “That’s great, thanks, I’ll let you know what I think,” or “Thanks for the recommendation, I’ll give it a shot.” Keep the initial conversation short, but consider it a win if you’ve learned something about the person or made them smile.

Didn’t receive a response to your question? Don’t let it get you down. You tried! You also have to respect that some neighbours just aren't comfortable talking to new people and that’s okay. Sometimes you have to try conversation starters on a number of individuals before someone responds.

Keep trying and consider each trip through your lobby an opportunity to get to know someone new.