The Best Travel Destinations to Visit Within Canada

Whether you’re planning a vacation for winter, summer, or any season in between, Canada is a great destination to travel within. It’s also a great place for weekend trips, day trips, staycations, or any other short-term local trips, especially since the destinations are so spread out from coast to coast. We’re fortunate to live in a country with such a variety of places to see, which is why we’re going to take a look  at some of the best destinations within Canada that you could consider visiting one day!

As the location of many of our newest properties, we’re happy to be expanding on Vancouver Island, as it is an undeniably mesmerizing part of Canada. Containing some of North America’s thickest temperate rainforest, it’s a great place to take a walk amidst ferns, moss, and other features of this unique landscape. Pacific Rim National Park Reserve is a particularly great place to enjoy this ecosystem. The city of Victoria also contains architectural landmarks, such as the Empress Hotel and the British Columbia Parliament Buildings. 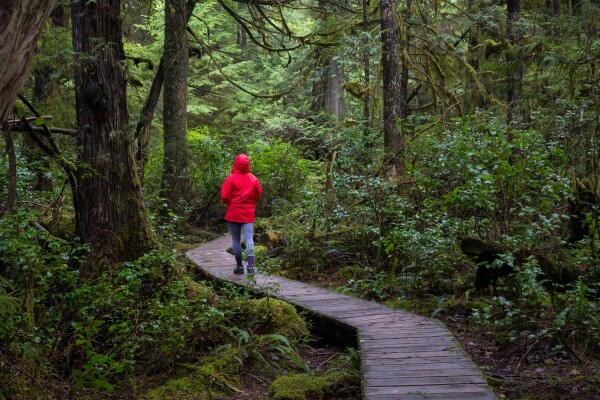 As Western Canada’s largest city, Vancouver is a cosmopolitan and bustling metropolis with great food and home to one of North America’s most astonishing urban parks. Stanley Park is an oasis in the heart of the city with plenty of tall old-growth trees in a temperate rainforest climate.

Despite being in the middle of one of Canada’s largest cities, the park’s hiking trails allow you to feel like you’re in the middle of the Pacific Northwest wilderness. Therefore, you can feel confident in not having to pack the bear spray! The seawall path, which lines the perimeter of the park, also provides great views of the nearby mountains and the Lions Gate Bridge.

Additionally, The Museum of Anthropology at UBC also has a great collection of cultural artifacts. A few hours north of Vancouver, the resort town of Whistler and its surroundings provide great skiing and hiking opportunities.

An appealing destination for adventurers and casual sightseers alike, the Canadian Rockies, which line the border of British Columbia and Alberta, are known around the world for their majestic scenery and awe-inspiring mountain landscapes. If you’re into lengthy hikes, there are amazing hiking trails like the Plain of the Six Glaciers at Lake Louise in Banff National Park and the Emerald Lake trail, which circles around the lake’s perimeter at Yoho National Park. 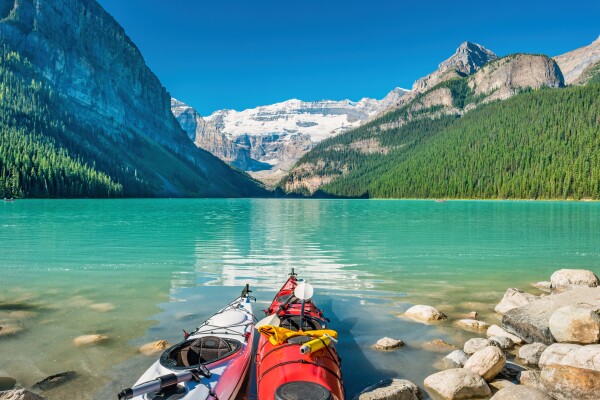 The largest waterfalls in North America by flow rate, the extraordinary Niagara Falls do not lose any of their impressive majesty no matter how many times you’ve seen them. The Hornblower boat cruise allows you to get a closer view of the falls, while the Journey Behind the Falls takes you through a tunnel behind Horseshoe Falls to see its impressive flow from a completely different angle. The Tunnel at Niagara Parks Power Station is a new attraction that lets you see the falls from below, while the Skylon Tower allows you an impressive view from above. 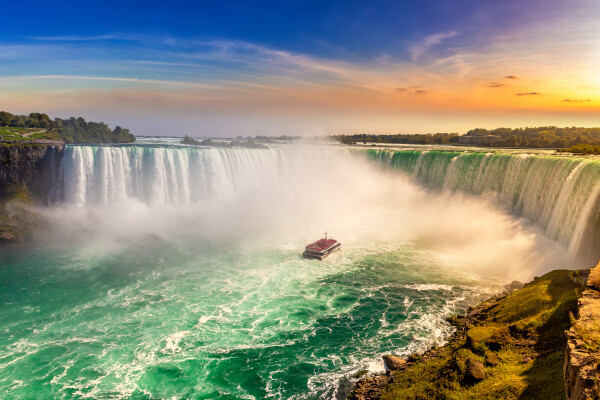 Recognized as a global metropolis and the largest city in Canada, Toronto’s appeal lies in its wealth of attractions, cultures, and entertainment opportunities. This diverse city marvels through its range of international cuisine around every street corner.

Furthermore, the city contains many interesting and unique attractions like Casa Loma, a castle-style manor built between 1911 and 1914. The Royal Ontario Museum and Art Gallery of Ontario are among the nation’s best museums, showcasing a wealth of cultural and natural artifacts.

For those looking to get a bit off the beaten tourist path, the Scarborough Bluffs— a series of cliffs along Lake Ontario—are an interesting natural formation, while Cabbagetown is a beautiful and historic neighbourhood filled with Victorian architecture.

The nation’s capital, Ottawa, has a wide variety of museums and architectural attractions to visit. The Parliament Buildings, perched atop a hill by the Ottawa River, preside over the city in a marvelous way, and great views can be found of the building’s exterior (the view from across the river in Gatineau is especially nice) and interior alike. Please note that the Centre Block tours are currently suspended due to a massive renovation project, which is tentatively expected to last until 2030.

Canada’s second-largest city and largest predominantly French-speaking city, Montreal is a treasure trove of festivals, architecture, food, and cultural attractions. Delicious smoked meat sandwiches, Montreal-style hot dogs, and poutine make up some of the city’s local food with a plethora of options to be found among the city’s diverse restaurant scene.

The Vieux-Port is the most historic part of the city, containing many centuries-old buildings, with its crown jewel being Notre-Dame Basilica, featuring one of the most ornate interiors of any church in North America. The massive St. Joseph’s Oratory is another impressive church building, while the Montreal Museum of Fine Arts is one of the best in the nation.

The largest walled city in North America north of Mexico, Quebec City is like a little slice of Europe in Canada. Widely considered the most beautiful city in Canada, the historic city includes both the walled upper town and the lower town by the St. Lawrence River. The cityscape is dominated by the Chateau Frontenac, a gorgeous landmark hotel that was built from 1892 to 1893 and presides over the old city’s skyline. 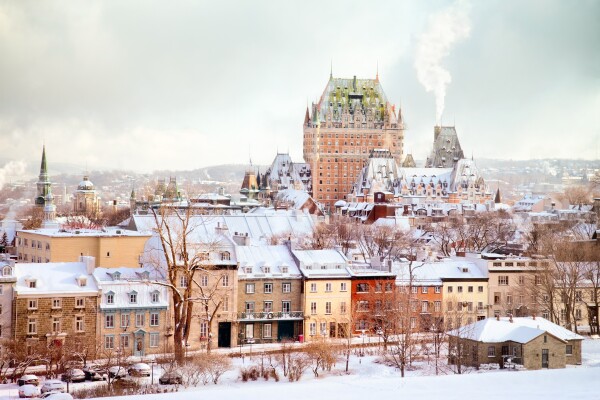 The iconic Hopewell Rocks in the Bay of Fundy in New Brunswick are one of Canada’s most unique and eclectic natural wonders. Colloquially known as the “Flowerpot Rocks”, these rock formations embody a vast array of shapes, some of which resemble flowerpots, while others look like all sorts of different things. During low tide, you can walk on the shoreline amongst these rocks and marvel at their odd and one-of-a-kind beauty.

The largest city in Atlantic Canada, Halifax boasts several interesting attractions, such as the historic Citadel. Halifax is also a great magnet for fans of the donair wrap, as it is the birthplace of this delicious and uniquely Canadian twist on the gyro or kebab wrap. In addition, there are many other great sites to see around the province of Nova Scotia, such as Peggy’s Cove Lighthouse, the historic town of Lunenburg, the Fortress of Louisburg, and the highlands of Cape Breton Island. 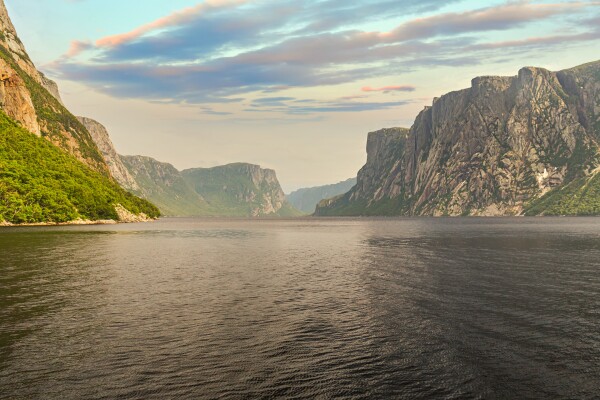 The fjords of Gros Morne National Park evoke a landscape more reminiscent of Norway than Canada in many people’s minds, but they are located in the Gulf of St. Lawrence on Newfoundland’s west coast. Gros Morne is one of the top natural wonders in eastern North America and a must-see for anyone visiting Newfoundland. Boat tours allow you to view these fjords up close, while hiking opportunities also abound throughout the park.