Grand Central Place, at 294 & 330 Talbot St. in St. Thomas, hosted a car wash and bake sale to raise funds for Fort McMurray evacuees on Wednesday, May 25. The event raised $1025 to be donated to the Red Cross. 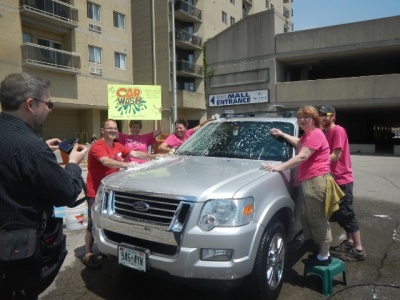 Staff and residents hosted the event in the apartment community's parking lot. After hearing about the need for donations, this Skyline Living community jumped into action.

“One of our residents suggested the idea. It touches home for us here as one of the staff has a son in Fort McMurray. He safely evacuated to Edmonton and has now come home to St. Thomas. We wanted to get together and raise funds for the people who have nowhere to go,” said Judy, Resident Manager of Grand Central Place. 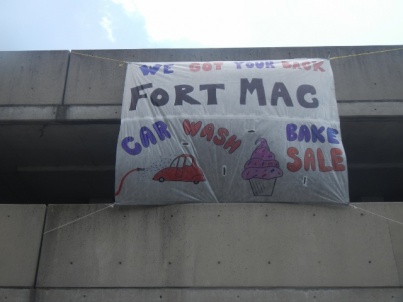 Skyline Living communities in Alberta provided two free months’ rent to over 80 evacuee families, in suites furnished by the donations of their neighbours and local charities. Throughout Ontario, Skyline Living apartment communities have arranged fundraisers to assist in the relief effort.

Skyline Living consistently strives to build strong communities through its charitable efforts. Based in Guelph, Ontario, Skyline Living is a division of the Skyline Group of Companies. It operates over 170 apartment communities in 47 cities across Alberta, British Columbia, Ontario and Quebec.