Posted in Awards and Recognition;

Skyline accepted top recognition in the category of “Environmental Excellence,” an annual award designated for outstanding practices in energy conservation, water conservation, recycling, and tenant outreach/education. Skyline also received a Top-3 nomination in five other categories: Community Service Award of Excellence, Amenities Award of Excellence, Resident Manager of the Year, Property Manager of the Year, and Leasing Agent of the Year. This is the company’s third year in a row winning the Environmental Excellence award, and its sixth year in a row garnering at least one number-one finish at the FRPO M.A.C. Awards. 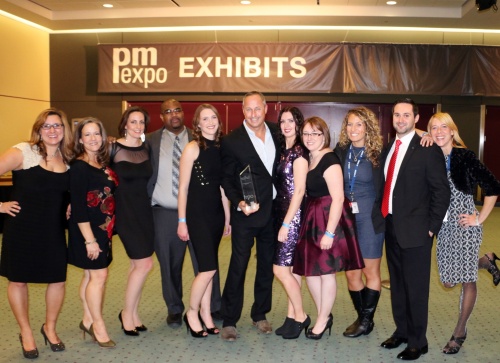 Representatives from the Skyline Group of Companies at the 2016 FRPO M.A.C. Awards Gala.

Since its first submission to the FRPO Awards in 2009, Skyline has won 17 FRPO Awards and received 23 Top-3 nominations.

“We’re truly proud to have been recognized again this year at the FRPO M.A.C. Awards,” said Roy Jason Ashdown, Co-Founder and Chief Sustainability Officer of the Skyline Group of Companies. “It has been another great year of recognition for Skyline. We’ve been awarded for our sustainable business practices, and we’ll continue striving to be an industry leader when it comes to adopting green technology.

“We’ve also been recognized for the incredible efforts of our individual team members with several Top-3 finishes among some very tough competition. Skyline wouldn’t be Skyline without its people, and we are thrilled to see some of our hard-working, dedicated Skyliners recognized among the country’s best in the rental housing industry.” 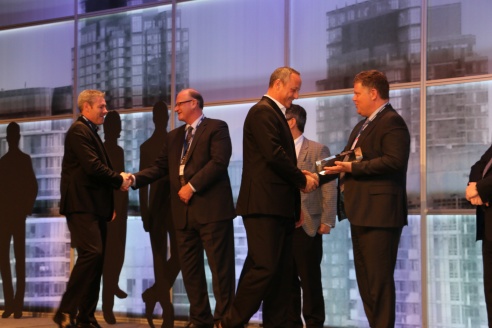 It has been a few months of incredible recognition for the real estate investment management company based in Guelph, ON. In November, it was named a Best Employer in Canada by Aon Hewitt for the second year in a row, an awards program that recognizes exceptional employee engagement and workplace culture. Skyline was also a top ten finalist for the Grant Thornton Private Business Growth Award for the third year in a row, and was one of two finalists for two Ontario Chamber of Commerce awards: the Community Builder and Sustainability awards.

The FRPO M.A.C. Awards are presented in recognition of the industry’s top performers in over 15 categories, ranging from Rental Developments to Customer Service to Environmental Excellence. This year’s M.A.C. Awards Gala had over 1000 guests from across the industry in attendance. The Federation of Rental Housing Providers of Ontario is the province's leading advocate for quality rental housing, and represents over 2,220 members who supply and manage apartments for over 350,000 households across Ontario.