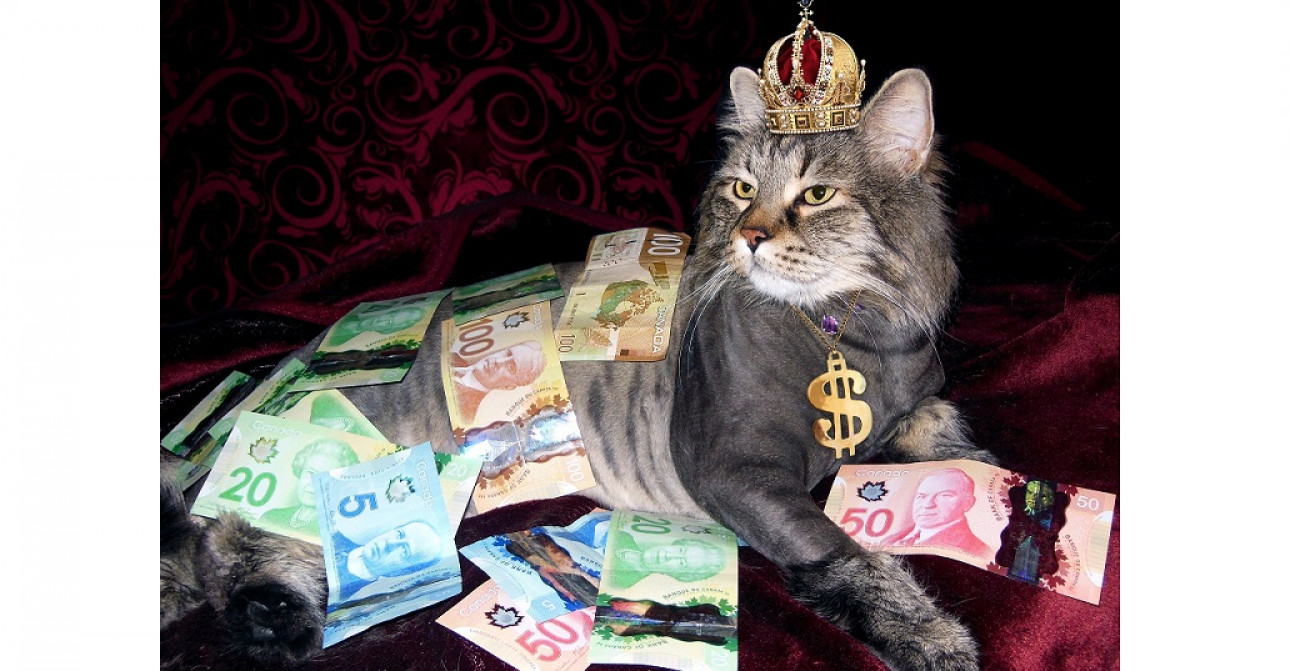 “Here’s a toonie, can you grab me a double-double?”

If you’re a visitor or newcomer to Canada, that is basically gibberish, but let me assure you it will make perfect sense eventually.

Canadian money can be a little confusing. For one, it’s a Canadian dollar, which is not to be confused with (nor is it equivalent to) the US Dollar. It’s probably easiest to start at the bottom and work our way up.

Penny: A penny is one cent, or 1/100 of a dollar, and this used to be the lowest denomination Canadian coin. It is a copper brown colour, smaller than the nickel but larger than a dime. In May 2012, Canada ceased production of the penny, and they are no longer distributed. If you’re paying cash, stores will round to the nearest 5 cents, but electronic transactions (such as with debit or credit cards) will still show transactions to the penny. 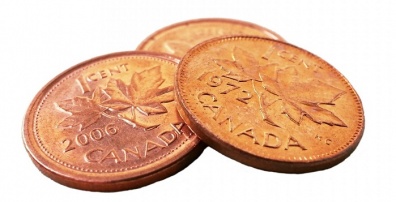 You may still get the occasional penny from time to time, but they are effectively useless when purchasing things and stores don’t have to accept them anymore.

Nickel: Equivalent to 5/100 of a dollar, or five cents, is now the lowest denomination Canadian coin. They are called “nickels” because they were originally made of nickel, and the name stuck even though the coins are now made of steel. Nickels are thicker than other small denomination coins, and silver in colour.

Though there are commemorative versions of the coin with different markings, a traditional nickel has Queen Elizabeth II on one side (heads), and a beaver on the other (tails).

Dime: The ten-cent piece, worth 1/10 of a dollar (or two nickels), is commonly called a dime. It is the smallest Canadian coin in size, which can be confusing since it’s not the lowest denomination, and is a silver colour like the nickel.

A standard dime has Queen Elizabeth II on one side, and the Bluenose schooner – a famous Canadian racing boat – on the other side.

Quarter: A quarter is worth 25 cents, or 1/4 of a dollar, hence the name. It is silver in colour, and is larger than the nickel but smaller than a loonie.

The quarter traditionally features Queen Elizabeth II on one side and a caribou on the other, but many different quarters have been released for special occasions. You may find quarters featuring different provinces, the RCMP, a red poppy for Remembrance Day, a pink ribbon for Breast Cancer Awareness, or various Olympic sports.

Loonie: Unlike the United States’ $1 bill, Canada has a gold-coloured, 11-sided one-dollar coin. It is affectionately referred to as a “loonie” because it features a common loon, a familiar Canadian bird, on one side (opposite the ever-present Queen Elizabeth II).

It is entirely possible to find a Canadian $1 bill from time to time. These were discontinued in 1986, but the odd one still pops up, and have become collectibles.

Toonie: In 1996, Canada introduced a two-dollar coin and began phasing out the original $2 bills, which were a reddish-brown and featured a pair of red-breasted robins on the reverse (opposite, you guessed it, Queen Elizabeth II). The $2 bill still makes the occasional appearance, but the toonie is used everywhere.

Officially a $2 coin, Canadians dubbed the new coin a “toonie” because it has the value of two loonies. It features a small gold-coloured circle in the middle with a polar bear on one side, surrounded by a silver-coloured ring. It is the largest of all the Canadian coins. 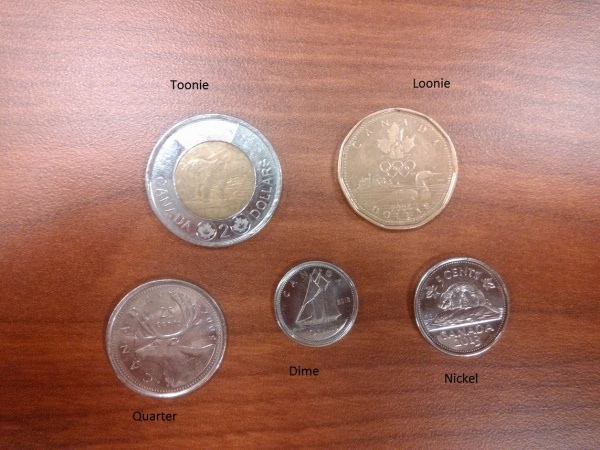 Bills: Canada issues multi-coloured banknotes in the $5, $10, $20, $50, and $100 denominations. These bills have undergone significant changes over the last ten years, and a new series of notes is in the works for 2018. You’ll find various versions in circulation featuring birds, cultural icons, and technological achievements. Earlier versions were paper, but new banknotes are polymer and feel like plastic, and are much harder to counterfeit. All can be legally used.

The constants throughout these series of banknotes have been a standard size, and the same set of colours. Unlike America, Canada’s banknotes are different colours depending on denomination:

This can make it a lot easier to find the right amount when you need it!

Some stores, especially smaller ones, will not accept $50 or $100 bills, largely because they don’t keep sufficient change in the drawer for small purchases with large bills. Any bank will be able to make change for large bills, and you can pay bills with cash at the bank.