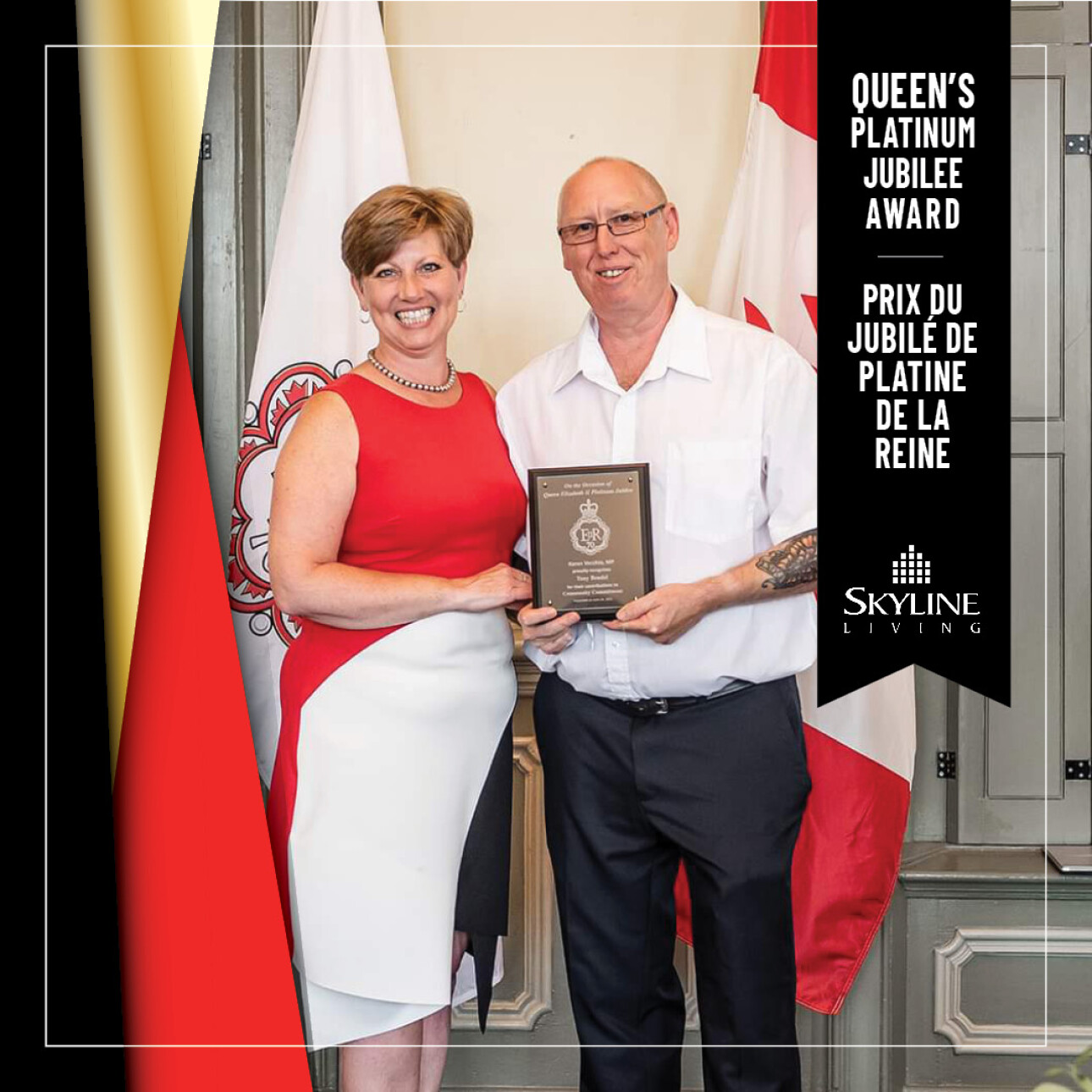 Solving problems has never been an issue for Tony Bendel. As an Assistant Resident Manager at 104 Confederation Drive in St. Thomas, Ontario, he knows that dealing with issues big and small is simply a part of the job.

But it was a tragedy that occurred outside the workplace that set his mind to solving a problem and potentially saving lives. For that, as part of her Platinum Jubilee celebration, Queen Elizabeth bestowed the honour of a Platinum Jubilee Medal on Bendel.

In October 2020, Cindy Devine, a 35-year-old mother of four died in a fire resulting from a car crash between St. Thomas and London. She survived the initial crash but could not be freed from her burning car before citizens were driven back by the flames. She ultimately died as a result. 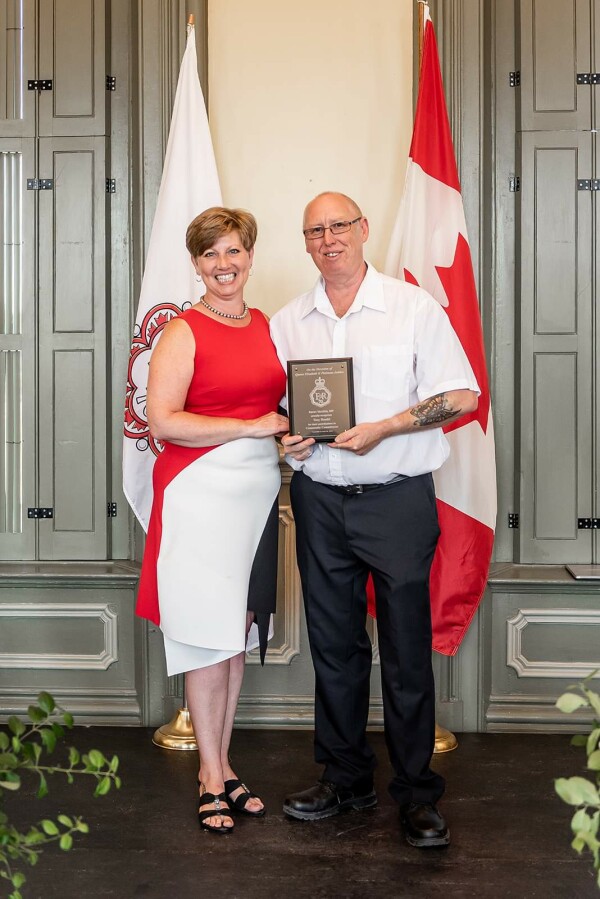 From left: The Hon. Karen Vecchio, Member of Parliament, Elgin-Middlesex-London, presents Tony Bendel with his Platinum Jubilee Award from Her Majesty Queen Elizabeth in honour of his work to establish Cindy’s Law, which would see fire extinguishers in every private vehicle in Ontario.

Hearing this, Bendel was devastated. He and Devine had been friends for many years. But even in his grief, he saw a potential solution to a problem. Working with Devine’s family, local fire services and others, he began a campaign that would require a fire extinguisher be installed in every private vehicle in Ontario in the hope that such future tragedies could be avoided. Bendel is working with provincial politicians to have a private member’s bill, called Cindy’s Law, introduced into the Ontario legislature.

“School buses, trucks and commercial vehicles are required to carry them,” said Bendel, who has been with Skyline Living since 2021. “Imagine coming up on an accident and seeing a small fire, knowing it could quickly spread. If everyone had an extinguisher in their car, they could be used to help alleviate the fire. No other family would need to endure the pain of knowing a loved one died needlessly.”

For his efforts, on June 24 at a ceremony in St. Thomas, The Hon. Karen Vecchio, Member of Parliament for Elgin-Middlesex-London, bestowed the Platinum Jubilee honour on Bendel and other recipients on behalf of the Queen. The awards recognize community involvement, outstanding volunteerism and extraordinary achievement by individuals and organizations.

“There are simply no words to express the horror at the way Cindy Devine died,” said BJ Santavy, Vice President, Skyline Living. “To hear that Tony, who had a personal connection to her, was able to take that grief and turn it into something that will help others avoid such awful tragedies is the mark of a great Skyliner who is living our PRIDE values.”

So far, the campaign has seen more than 900 fire extinguishers distributed to St. Thomas-area drivers and another 19 given to homeowners and raised more than $32,000 from private and corporate donations. Skyline Living has made a $2,500 donation to help support this worthy cause.

The campaign has already made a significant difference. A driver who received a fire extinguisher through the campaign used it to put out a car fire in a London parking lot. No one was injured in the incident.

In addition to advocating for Cindy’s Law, Bendel also serves as the first vice president of the Royal Canadian Legion, Lord Elgin Branch 41. He was instrumental in the Legion branches efforts to have a bronze casting representative of Canadian soldiers who served in the Afghanistan campaign added to the St. Thomas Elgin Veterans Memorial Garden.